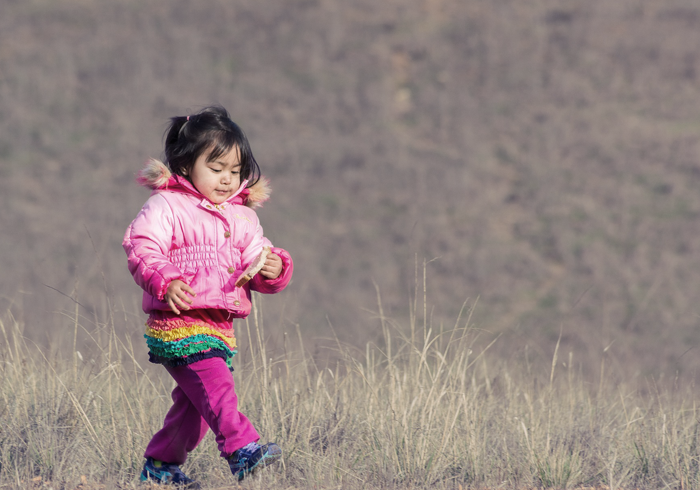 “I never won a competition. Unfortunately, this didn’t motivate to work harder. Instead, I perpetuated hate towards everyone and anyone, especially if they were where I wanted to be. I allowed jealousy into my life.”

When it comes to life advice, the phrase I hear often is ‘do not compare yourself to others’. The concept is simple, but it’s quite difficult to achieve.

The question, “Why are all my friends more successful than I am?”, is embedded in my mind. Usually, it hibernates in the darkest corner of my brain, but whenever I see a colleague of mine achieve the goals I’ve long dreamed of and am still working towards, it re-appears again in full form.

As children, we think of ourselves as winners. It’s only when we get older that insecurities, doubt and fear come into play, then we spend the rest of our lives trying to overcome it all. Isn’t that just wonderful?

My earliest childhood memory is singing at the top of my lungs around the house. I had no inhibitions, I simply sang every song I liked. I sang the highest notes at the highest decibel. My love for singing didn’t waver and I carried it into my adolescence. I began taking singing lessons, but to my dismay, had to begin from scratch. I got frustrated easily and I was suddenly scared of high notes. The confidence I had as a child had faded quickly, affecting a talent I always believed I could pursue without obstacles. To this day I have not achieved my desired singing ability. I constantly compare myself to friends and artists who are better than me, and push my standards higher than necessary.

When you’re a child you love everything and everyone. You don’t care how you look or how you sound, but how you feel. If singing makes you feel happy, you do it. In turn, this specific act of doing something you love radiates from within to the outside of your body. That’s why they say a child’s laugh or smile is the most precious thing in the world; it really is. When you grow up you end up loving other people more than yourself; people with qualities you wish you had or lives you wished you were living. You give yourself other people’s standards, rather than creating your own, in line with your abilities.

I learned many things during those singing years. I entered a few competitions and I definitely liked the attention I received while on stage. However, I didn’t practice as hard as half of the contestants. I got it in my head that I wanted to be famous and focused more on that. I practiced my autograph but not my vocal warm-ups. This only proved one thing: I never won a competition.

Unfortunately, this didn’t motivate me to work harder. Instead, I perpetuated hate towards everyone and anyone, especially if they were where I wanted to be. I allowed jealousy into my life. It wasn’t even just singing. At school, I felt like I deserved things more than my peers, despite trying half as much. It took me a while to figure out the difference between deserving and wanting. I just wanted to win for the glory, but I was lazy. Furthermore, I actually forgot to have fun, because I was so mad at other people for being more successful than I was.

Then one day, my life changed. My long time role model actress/comedian Amy Poehler, had recently launched a website called ‘Smart Girls At The Party’, along with her best friends Meredith Walker and Amy Miles. The website inspires young girls to ‘change the world by being themselves’ and needless to say, I was inspired. Amy Poehler hosted a web series (one of several) called Ask Amy, where she would take questions and answer one per episode. At this point, I had admitted to myself that jealousy was something I struggled with, so I submitted a question to the site – amongst hundreds of others – thinking nothing of it.

On December 20th, 2012, a new Ask Amy video went up, and I was surprised (and later, nervous) to see that she had answered my question. I was so sure others had asked similar things, and I never expected that she would pick my question specifically. It was:

For a long time I’ve been a jealous person. I try to be grateful for the things that I have but I get frustrated. What can I do to stop feeling jealous of other people?

With her kind eyes and sincere voice, she looked into the camera, addressed me by name (I may have gotten a little emotional at this point), read out my question and thoughtfully prepared her answer.

“Rooting for other people’s failure does get in the way of your success,” she said. “You want to try to avoid being a person who’s never full…who can’t be satisfied. The way to do that, I think, is to rejoice in other people’s victories, [and then], so many gifts and blessings will come to you, that you can’t even imagine.” She added, “If you can get there…where you can wish good things for people, and you free yourself from the prison of comparing yourself to other people.”

As I sat through the rest of the three-minute video, I felt like erasing every jealous moment I ever had in my life. I couldn’t believe how powerful it was; watching a video recorded from the other side of world, from someone I greatly admired, telling me that there’s always a chance to improve. Sometimes you need to hear it from someone you don’t see or talk to everyday (not that our loved ones don’t give us good advice, but an outsider’s perspective always creates change within us).

Not only had I felt like a weight had been lifted off of me, but something hit me: my question wasn’t just a way I could connect with one of my heroes, but also an indirect way in which I was able to help other people. As the view count increased, I was inspired knowing that countless others heard the answers I needed for a more peaceful, less envious life.

You may still hear the words ‘do not compare yourself to others’ and still struggle to follow them. But the next time you do, listen to that tiny voice in your head that reminds you to ‘rejoice in other people’s victories’, and according to Amy Poehler, getting there means that ‘you become the person that’s full of love’.

That’s definitely the person I want to be.

A Dusting Of Clarity